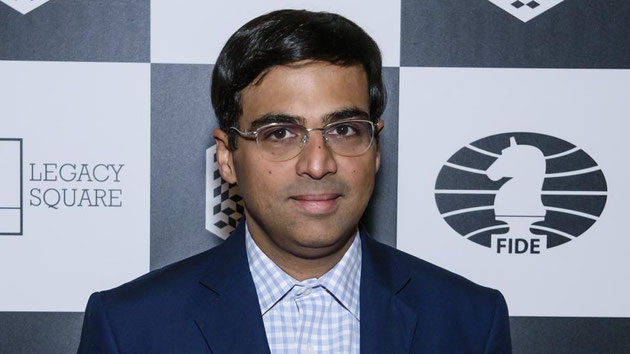 This brilliant chess player is currently the world’s leading grandmaster. Thanks to his success, the game’s popularity skyrocketed in India, his home country. Viswanathan Anand was born in Mayiladuthurai, India, on December 11, 1969. However, his family soon moved to Madras (now Chennai, India’s chess capital). Vishy (as his fans call him) owes a great deal to his mother. She was the one who taught him chess, introduced him to vegetarianism, and found him a wife. Anand has been happily married for many years.

By the way, in his native language, Viswanathan is a patronymic while Anand is the first name. The Tiger of Madras’ brilliance stemmed primarily from his speed. A classical game took him no longer than 20 minutes to finish. Notably, that never had a negative impact on his performance.

Returning to the subject of chess, Vishy learned to play at the age of 7. However, he began to show interest in it only 2 years later. His first great victory occurred at the Indian Junior Championship, where he achieved the highest possible score of 9 out of 9.

Next year, Anand won the Asian competition for players under 20 years old. He represented his country at the 1984 Olympiad in Thessaloniki. At the same time, he earned the title of an International Master.

When comparing him to modern Indian prodigies, such as Gukesh, and Erigaisi, or to Uzbekistan’s Abdusattorov, one might think that Anand wasn’t all that gifted. But that’s not the case. It’s just that back in those days, the trend of teaching chess from an early age didn’t exist. Chess is indeed getting younger, but it’s a relatively recent development. For example, Mikhail Chihorin, who competed for the Champion’s title in 1889 and 1892, was only introduced to chess at 16.

From 1986 to 1988, Viswanathan won the Indian National Championship three times in a row. In 1987, he became the Junior Chess World Champion. In 1988, Anand earned the grandmaster’s title. The fact that he did not receive a classical chess education, unlike his competitors Gelfand and Ivanchuk, makes his success especially impressive.

Ever since 1990, Mikhail Gurevich has been Anand’s coach. Back then, he was one of the top-10 players in the world. With his help, Vishy was able to fill the gaps in his knowledge of the game’s fundamental concepts. Later on, Anand had such mentors as Ubilava (Georgia), the great Mark Dvoretsky, and Artur Yusupov. Under their patronage, he was quick to learn and made up for the lost time.

Qualifying for the Candidates Tournament via the 1990 Interzonal in Manila was his first claim to fame. First, he defeated Dreev. Then, he surprised everyone by holding his own against Anatoly Karpov. The final score was 4.5 to 3.5 in the former World Champion’s favor.

Skeptics who had attributed the Indian’s success to luck were proven wrong when he took 3rd place in Tilburg and triumphed in Reggio Emilia. There, Viswanathan Anand outperformed Kasparov, Karpov, and Ivanchuk.

Back then, Vasyl Ivanchuk was the top contender for the World Champion’s title, a chess celebrity. However, in 1992, Anand dispelled the Ukrainian’s illusions by beating him with a score of 5 to 3.

Vishy then proceeded to take 1st-2nd place in the super-tournanment in Moscow. He also performed admirably in the final of the Rapid Championship in Paris against Kasparov. But ultimately he still conceded to the powerful adversary.

Anand was there when chess branched into FIDE and PCA (Kasparov’s organization) and wanted to become the World Champion in both.

However, implementing that plan turned out to be quite difficult. Vishy qualified for the Candidates’ matches via the Interzonals. Unfortunately, his FIDE chances were undermined after he lost to Gata Kamsky in a tie-break, despite leading 4 to 2.

Nevertheless, he had another opportunity to prove himself through PCA. Vishy defeated Romanishin, and Adams, and got even with Kamsky. The final step was the hardest, beating Garry Kasparov himself.

The two pros were neck and neck. Vishy finally gained an advantage in the ninth game. Sadly, this was his last success in the match. Kasparov immediately recouped with a signature debut. After that, Anand’s performance took a turn for the worse, which led to him losing 4 out of 5 following games. The final score was 10.5 to 7.5 in Kasparov’s favor.

Such a defeat would wreck anyone’s confidence. Vishy was no exception. It took some time for him to recover mentally. A year later, Anand took 2nd place in the super-tournament in Las Palmas, following Kasparov. The Indian was becoming a clear favorite.

Viswanathan started trying to become a FIDE world champion. On the third attempt, fortune finally smiled upon him. In his homeland India, Anand successively defeated Bologan, Lputian, Macieja, Khalifman, and Adams. Finally, he beat Shirov in the deciding match with a score of 3.5 to 0.5. In 2000, he finally achieved his lifelong goal!

In India, he gained a reputation as a national hero. Millions of children started getting into chess, hoping to follow in their compatriot’s footsteps.

Winner Takes It All

It would be tempting to end on a high note, but for Viswanathan Anand, everything was just beginning. He won the World Cup (2000, 2002), the Wijk aan Zee Tournament (2003, 2004), and the Dortmund Chess Meeting. Each consecutive victory was proof of his exceptional skill.

In 2005, Vishy almost earned the Champion’s title in the tournament under the auspices of FIDE. But 2 years later, he got his revenge, winning 4 games without losing a single one.

Kramnik, who came in 2nd after Vishy, exercised his right to set up a match. But he ended up regretting that decision. The match in Bonn was the ultimate showcase of Anand’s strength. He gave Vladimir no chance whatsoever. He defeated him twice as black, which ultimately secured the Indian maestro’s success.

In his attitude, Vishy became a kind of hibernating bear. Most of the time, he didn’t go all out but defended his World Champion’s title once in a couple of years. In 2010, he beat Veselin Topalov in Sofia. The score was tied up until the final game, but then Veselin decided that it was all or nothing. As a result, he suffered an overwhelming defeat. Vishy, on the other hand, defended his title.

In 2012, the match took place in Moscow. This time, the Tiger of Madras had to face Boris Gelfand, who worked up the courage to challenge the champion at 44. Anand clearly wasn’t at his best. Gelfand performed better, but, apparently, the pressure was too high for the Israeli player to handle. As a result, Vishy was able to make it to a tie-break, and then gave Gelfand no chance in rapid chess.

A year later, it was Anand who stood no chance against the young and objectively strongest chess player in the world, Magnus Carlsen. The Norwegian crushed Vishy three times and became the new World Champion.

Many expected Anand to retire. But he wouldn’t do it. Instead, he won the Candidates Tournament in Khanty-Mansiysk nearly effortlessly. Vishy was enjoying chess once again.

His second encounter with Magnus was much more interesting than the first. However, the 6th game, in which Vishy conceded, was a turning point. Carlsen didn’t part with his title.

Twice in a row, Anand wasn’t able to win the Candidates Tournament, despite performing quite admirably in 2016.

Peculiarly, Kramnik retired, and Ivanchuk and Gelfand both lost their edge. But Viswanathan Anand remains an elite-level grandmaster to this day. This year, he took 2nd-3rd place in the super-tournament in Warsaw and ranked third in Stavanger. Apparently, Garry Kasparov was right when after the last game in his career in 2005 he said: “Vishy, now I’m leaving you in charge…”