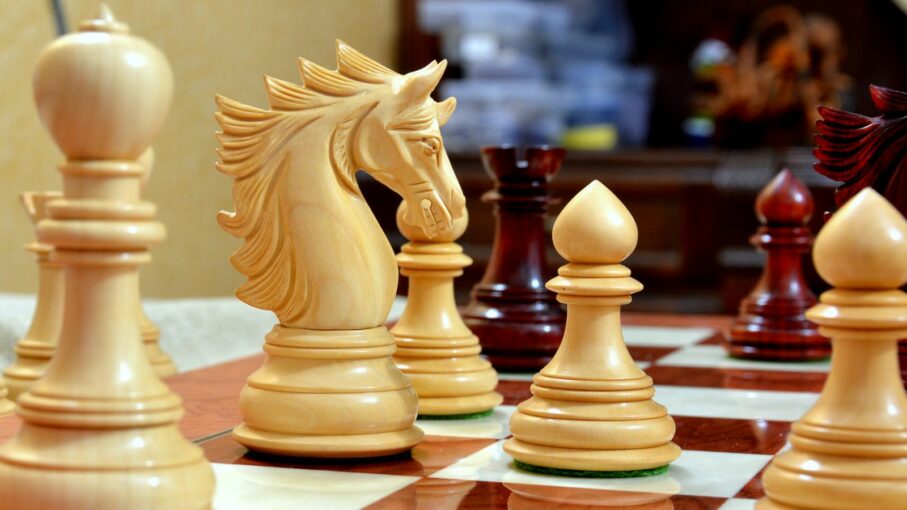 Mastering chess at a proper level requires a lot of skills. It’s not enough to learn how the pieces move and how to checkmate the opponent. Once you’ve studied the basics, it’s time to learn how to play chess openings.

That’s the kind of knowledge that allows every beginner to improve at chess. Let’s explore 5 key chess opening principles. Following them will help all novices understand the game on a deeper level.

Gaining control over the center is a crucial aspect at the beginning of the game. For that reason, it is recommended to start with e4 and d4. Black is supposed to respond by struggling for the central area. Passive play rarely leads to any positive results. 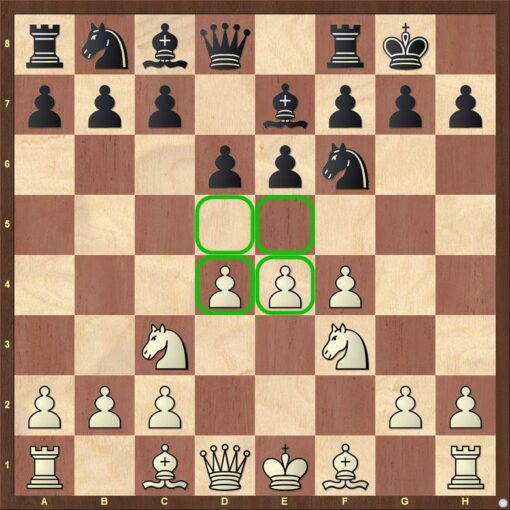 The picture represents Black’s passive development. Eventually, White gained dominance over the center and a significant positional advantage. Consequently, it gives a higher level of flexibility to the pieces. In other words, now there are more opportunities. It all results in increased chances for victory.

Recommendation: aim to dominate the center from the beginning! At least, try to exert some influence over there.

Those who visited a chess school or read some textbooks surely know this point. You need to develop simple pieces, such as bishops and knights, in the beginning. Chess instructors often say to their students: “Develop the pieces!”. We would add an important note here. You don’t just move the units forward, but also follow the laws of interaction. Pieces shouldn’t be an obstacle to each other. Besides, it’s essential to remember that their positions should be active. 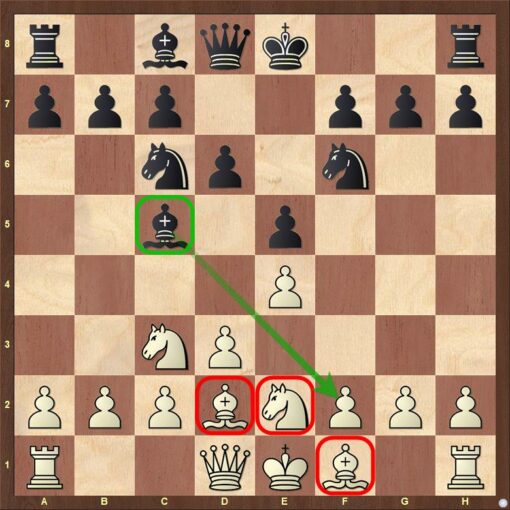 Pay attention to the difference between the bishops. The black one took an active position. But the white one’s move to d2 is confusing. It has the same lines open as in its initial square. Also, we see how White’s queen’s knight prevents the white bishop from developing. Moreover, both pieces are passive and exert zero influence over the center.

3. How to play chess openings: the King’s safety

The ultimate goal in chess is checkmate, so, obviously, the king should be safe. Normally, the king’s protection consists of the surrounding pawns. In case there are open lines reaching the monarch, castling can be a good option. 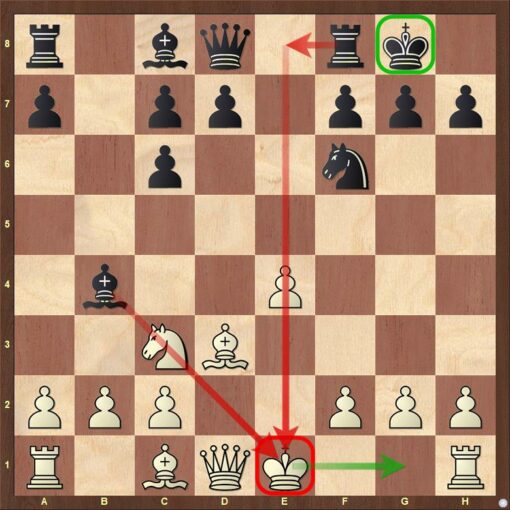 The picture shows us White’s king remaining in the center. The e- and d-pawn moved forward. Black’s pieces are getting ready to take advantage of White’s monarch being open. It would be reasonable to follow the rival’s actions and castle!

However, in some cases, castling isn’t necessary at all. Such a risky decision is possible thanks to the specific conditions in some chess openings. When the king feels safe in the center or when it’s dictated by particular circumstances. For example, it can be a flank attack.

Recommendation: keep your king safe! Pay attention to the open lines to the king. Keep an eye on those with the potential to become open. Castle.

A curved and damaged spine is a sign of diseases or past injuries for all mammals. Similarly, the pawn spine should look even and harmonious. Doubled pawns, pawn islands, and pawns that went too far are all negative factors. They signify something’s wrong with your structure. There’s even a rule that says: “The best defense for a pawn is another pawn”. Thus, pawn chains appear. 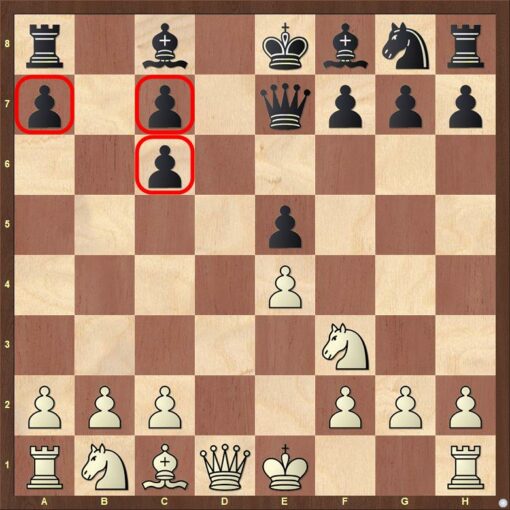 The given picture illustrates an example of doubled pawns. As a result, Black has three pawn islands, while White has two ones. It’s much easier to attack such pawns. They often get devoured by the rival’s hungry pieces.

It’s important to note that doubled pawns aren’t always a big problem. In the next picture, we can see a “pawn clot”. An island like this reminds a hedgehog. It’s quite solid and dangerous for the opponent’s pieces. 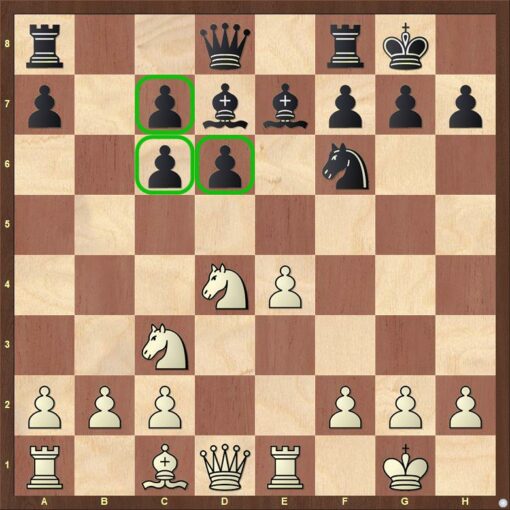 The pawn structure in chess in many ways defines the weak squares. The following picture is a demonstrative example. Black arranges the queen’s pawns in a form of a snake. Now, in case the black bishop is removed, the squares marked red become even weaker. The chances of checkmating Black’s king also increase.

Recommendation: be careful with pawns! Remember, a pawn can’t move backward, so it automatically becomes a responsibility to move it.

We’ve already figured out how to manage simple pieces, the king and pawns. Certainly, the second point of the article also refers to rooks and a queen. However, it’s recommended to actively use these pieces after the opening stage in chess. Because without proper skill it’s easy to lose a queen that developed too far. For such pieces, open lines in the game work just fine. And the one who controls the line has the advantage. 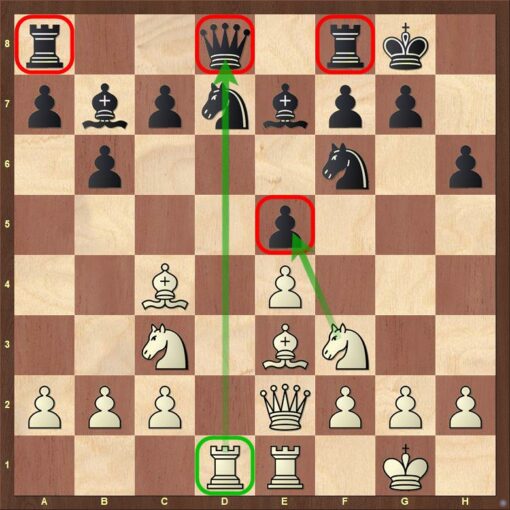 White developed faster and, therefore, put the rook on an open line. Meanwhile, there’s a threat for the e5 pawn which withholds the knight. Black is going to experience difficult defense. The player completely lost the open line.

Recommendation: put the rooks on open lines! Use open lines to get into the rival’s territory.

Following the given 5 principles answers the question “How to play chess openings?”. It’s not necessary anymore to deeply study the theory. You can reach Class B just using the aspects listed above. Provided that you also work on your tactical acuity and other technical skills. As soon as you reach Class A, you’ll get to learn chess openings. As for now, the path to it is already open!