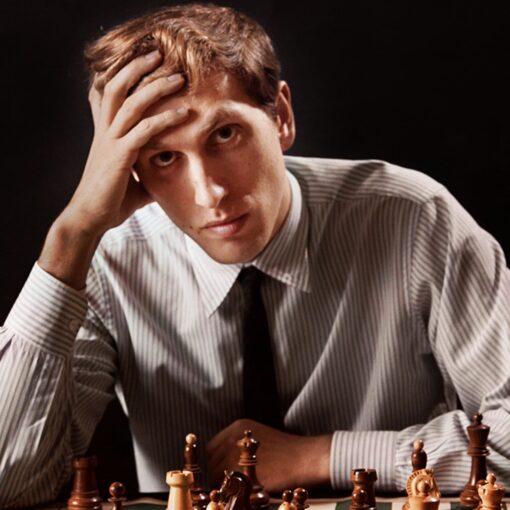 Fischer vs USSR. The confrontation

It’s always been interesting to observe one person standing up against the whole system. Such things frequently occur in sports. One of the most engaging plots evolved in the world of chess. American grandmaster Robert Fischer vs USSR and the entire Soviet system! Today we recall the events that happened 50 years ago.

A trap in a Soviet-style

Fischer’s dislike for Soviet players started to develop in 1962. There was the Candidates Tournament in Curaçao. It’s worth noting, many factors may influence the process in chess, including weather conditions. At that time, it was very hot on the islands. Keres, Petrosian, and Geller appeared the most resourceful. They made an agreement to end their games in a draw. Thus, their minds remained fresh until the finish of the distance (28 games). The players took all the winning places.

Everyone, including Fischer and FIDE, was shocked. After that, they began to conduct qualifying matches instead of the candidates’ tournaments. As a consequence, Robert missed the following qualifying stage. At the Interzonal Tournament in 1967, he gained 8,5 out of 10. Then the player threw a tantrum and left the competition.

A response from capitalists

Edmund Edmondson, the president of the US Chess Federation, saved the future world champion. He paid Benko, who then gave his place in the 1970 Interzonal Match to Fischer. As it turned out later, this decision was right.

Fischer wasn’t slow to take advantage of the situation. He gained 18,5 out of 23 points after winning 7 games in the final! It was 3,5 points more than the result of his closest competitor Bent Larsen.

The American genius didn’t even think to stop. First, he defeated Taimanov in the 1/4 match with a score of 6-0. One of his games showed that a double-flanked bishop is twice stronger than a knight.

Bent Larsen also didn’t manage to defend against Fischer and lost with a score of 0-6. Robert defeated his opponents one after another. Petrosian wasn’t any better, giving it up to Bobby with 2,5 to 6,5. The hegemony of the Soviet chess players was discredited.

The position after Robert’s 21st move in the 7th game of the match against Petrosian:

There was one last step for Fischer on his way to the World Champion title. It was called “Boris Spassky”. And then, continuous negotiations began.

Robert insisted on conducting the match in Yugoslavia. Spassky wanted to play in Iceland since the American had lots of fans in Belgrade. Apart from that, the latter one wasn’t satisfied with the prize fund. It’s because $125,000 didn’t seem enough for him. Meanwhile, it was a record sum in chess history! But even then, Jim Slater came up and doubled the fund.

However, Robert kept on imposing new conditions. That made Max Euwe, who was the FIDE president, delay the match for several days.

The support came in an unexpected way. Henry Kissinger personally telephoned Robert. He said that “Fischer vs USSR” is an important event. And that the player had to defend the honor of the USA.

Nevertheless, after Robert hadn’t shown up at the match opening, even calm Spassky lost his patience. He demanded apologies on the part of his American colleague. Who, by the way, apologized in a letter to the World Champion.

On the 11th of July, the match finally started. But even then, a few occasions took place. Fischer insisted on prohibiting the match shooting. And again, his demands were satisfied. Spassky didn’t object. The cameras were used just seldom. Thanks to those rare shots future generations could see the match.

The scandalous grandmaster hadn’t appeared in the 2nd game. So the scores turned 2-0 in favor of the World Champion. During the first game, Fischer yawned offhandedly while having an equal position on the board. But after defeating Spassky in the 3rd tour, the American took the initiative. Consequently, from the 3rd to the 10th match, Robert prevailed (6,5 to 1,5).

Despite all the provocations, from the sports perspective, the match hasn’t made an intriguing battle. Robert won a few games. Then, he played in a very tight manner leaving zero chances for Boris.

The match was supposed to be played until the 24th game. The player, who gained 12,5 points first, would win. But everything ended in the 21st game. Fischer celebrated success and became the 11th World Champion in chess.

That’s how the short, yet bright career of the genius chess player ended. Only 20 years later, he returned to the chessboard. It was a rematch against Spassky in Belgrade.

To finalize, let’s recall the key 6th game of the 1972 match in Reykjavik.