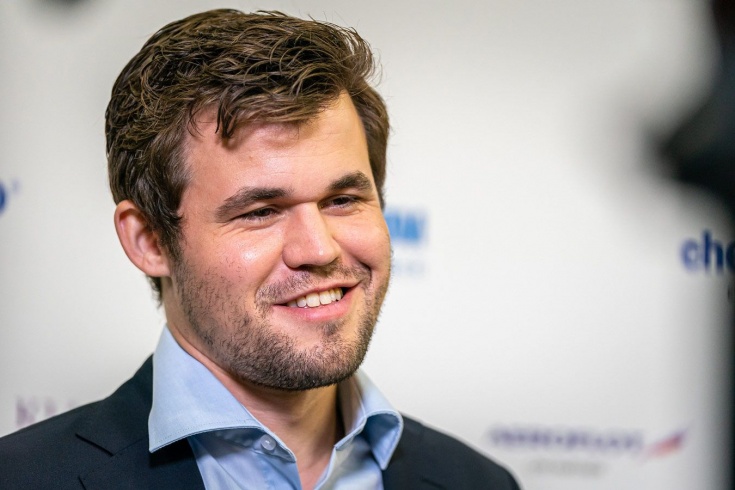 How does one identify the world’s top chess players according to FIDE ratings? To answer this quite reasonable question, an American physics professor Arpad Elo invented a special rating calculation system for a 2-player game.

FIDE started using Elo’s ratings back in 1970. Since 2012, separate ratings were implemented for rapid and blitz chess. These indicators allow for a rather accurate evaluation of a player’s level. The higher the rank, the more proficient they are. Let’s take a look at the most impressive results in the history of chess.

Before going any further, it’s worth pointing out that one particular player stands out from the crowd. Despite the fact that he doesn’t even make the top 10 (in fact, he is the 21st). The person in question is Robert Fischer who reached a rating of 2789 in 1972. At the moment, only 3 of the top 100 have a higher score.

Fischer managed to soar that high after winning 10 games in a match for the Champion’s title against Boris Spassky. At the time, the American was absolutely unstoppable. He outplayed the strongest players effortlessly (Taimanov, Larsen 6 to 0, and Petrosian 6.5 to 2.5).

Fischer’s dominance was unprecedented: nothing like that ever happened before or since. It’s no wonder he is considered one of the world’s top chess players according to the FIDE ratings.

This Bulgarian grandmaster is one of the greatest players of the 21st century. Some thought that losing to Anand in the 2010 World Championship would be his undoing. But he proved the naysayers wrong. In July 2015, a third international chess tournament was held in Stavanger, Norway.

Topalov took the leaderboard by storm. He consecutively outperformed Carlsen, Vachier-Lagrave, Aronian, Hammer, Grischuk, and secured a confident victory. The result was a score of 6.5 out of 9 and a performance rating of 2946. As well as the automatic qualification for the Candidates Tournament as the top player of 2015.

2014-2015 marks the peak of this Japanese American’s career. Hikaru became the third chess player in the world after Carlsen and Aronian. He also reached the coveted 2800 milestone.

He was able to accomplish that thanks to a commendable performance at the Sinquefield Cup in Saint Louis. There he shared 2nd place with Carlsen, Vachier-Lagrave, and Giri. In the same year, Hikaru took 2nd place in the FIDE Grand Prix and qualified for the Candidates Tournament.

Ian Nepomniachtchi’s future opponent in the 2018 battle for the World Champion’s title remained undefeated for a long time. From 10 August 2017 to 10 November 2018, Ding Liren hasn’t lost a single classic game. The streak went on for exactly 100 games and was interrupted by Maxime Vachier-Lagrave.

The Chinese player earned his peak rating after winning the team gold at the Olympiad. There he gained 5.5 out of 8 points, playing first board. He then successfully performed at the European Chess Club Cup, scoring 4.5 out of 6. In 2018, Ding Liren came in 4th in the Candidates Tournament and 2nd in the Gashimov Memorial in Shamkir.

The 14th Chess World Champion played second board at the 2016 Baku Olympiad and took 1st place with a score of 6.5 out of 8. Such a stellar performance made Russia 3d in the prestigious tournament. Kramnik proved once again that he is not just a great chess pro, but also an amazing team player. As an added bonus, he reached the peak rating of his career.

After his 40th birthday, the Indian master didn’t lose momentum. On the contrary, he continued to perform at the top of his game. The 15th World Champion won 2nd place in the 2011 Wijk aan Zee Tournament. He earned 8.5 points out of 13 and made it through the whole event without losing once.

The only competitor who scored higher was the aforementioned Hikaru Nakamura. By then, Vishy no longer played as often as he used to. But whenever he participated in a tournament, he always strived for victory.

Since 2016, MVL, as he is often referred to by his colleagues from other countries, has been a member of the Chess elite. In July of that year, he won the Dortmund Sparkassen Chess Meeting with a brilliant 5.5 out of 7 result. It’s worth pointing out that the ten-time winner of the competition V. Kramnik was also a participant. After that, the French player became second in the rankings behind Magnus Carlsen.

In 2018, the Azerbaijani grandmaster was close to facing Magnus Carlsen in the title match. However, he only came in second in the Candidates Tournament, conceding to Fabiano Caruana.

In August of the same year, Shakh achieved victory in the Biel International Chess Festival, surpassing Magnus by 1.5 points. Mamedyarov gave a brilliant performance, scoring 7.5 out of 10.

2015-2017 was a very favorable time in the Filipino-born American grandmaster’s career. In 2015, he managed to share 2nd place in Wijk aan Zee. In the following year, he became the top player in the entire Grand Chess Tour series. Finally, he opened 2017 with a confident victory in Wijk. There, he surpassed the World Champion Magnus Carlsen by one point.

The great Armenian, and later (since 2021) American chess player, has been occupying the top spots in the world rankings for 15 years. Levon had a successful start in the year of 2014 when he won the traditional Wijk aan Zee. He earned 8 points out of 11, outperforming Giri and Karjakin by 1.5 points. His solid performance in Zurich (3 out of 5) further contributed to the overall rating. As a result, Aronian reached the peak rating of his career in 2014.

The top 3 starts with the second-greatest player of the decade, Fabiano Caruana. He managed to put on what may be one of the best performances in the history of chess. In the Saint Louis tournament, Fabi earned 8.5 out of 10 points, at one point having achieved a perfect 7 out of 7. He defeated Topalov, followed by Vachier-Lagrave, Carlsen, Aronian, and Nakamura. Then beat Topalov and MVL again. Carlsen became the first contender who managed to withstand Caruana’s onslaught. A fantastic result, considering that the world’s top 6 grandmasters took part in the tournament.

From 1999 to 2000, Kasparov won 6 major tournaments in a row. He won twice in Wijk aan Zee, Linares, and Sarajevo. After his victory in the capital of Bosnia and Herzegovina, Kasparov reached a mind-blowing 2851 milestone.

It would be fair to call Magnus Kasparov’s successor. He managed to beat the previous record score, which had remained unmatched for over 10 years. He was first able to surpass his teacher’s stats (Kasparov coached Carlsen for a year) in December 2012 (2857).

After that, the Norwegian virtuoso competed exclusively against himself. In May 2014, after a stellar performance in Zurich (4 out of 5), Carlsen reached the peak rating of 2882! In the live ratings, the result was even higher – 2889. Currently, the World Champion aims for the jaw-dropping 2900. Let us wish the great chess player luck!

Who could become the world’s top chess players according to the FIDE ratings next? Who will be able to outshine the Norwegian genius?