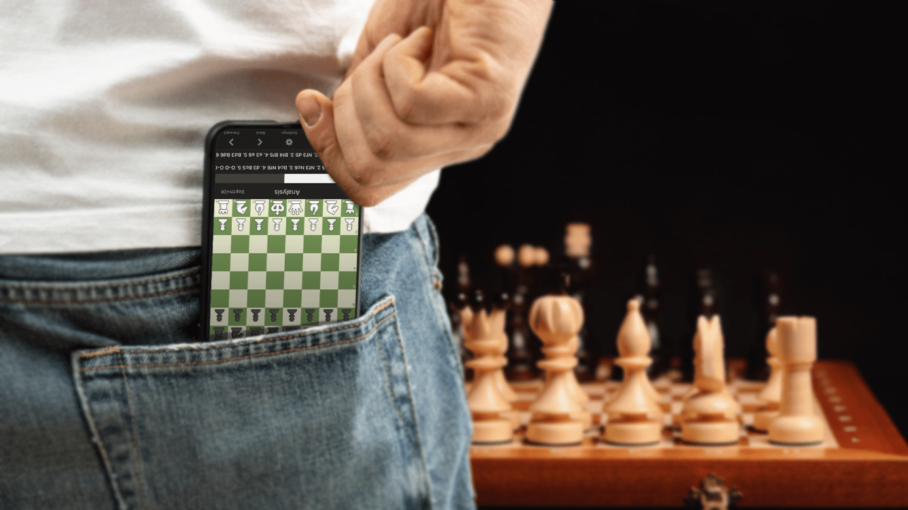 In early September, the Sinquefield Cup grand chess tournament took place in Saint Louis. The high point of the competition was a sensational development that occurred in the 3d stage. Hans Niemann, a rating outsider, confidently won against the World Champion Magnus Carlsen. After such an unexpected defeat, the Norwegian player resigned from the tournament for the first time in his professional career. Incidentally hinting at the American grandmaster’s cheating in chess.

Hikaru Nakamura sided with Magnus. He claimed that Niemann had been previously caught cheating in online games on chess.com twice.

Cheating is a term normally used in the context of computer gaming and gambling. It refers to the use of special technical tools intended to enhance a competitor’s in-game performance, making the game easier.

Niemann has admitted to foul play before. However, he firmly denied the accusations of cheating in the game against Carlsen. Chess.com conducted a thorough investigation. As it turns out, Hans cheated not just in 2, but in over 100 games!

The controversy didn’t end there. Recently, the American has filed a 100-million-dollar lawsuit against Carlsen, Nakamura, the entire Chess.com website, its Chief Chess Officer Daniel Rensch, and Carlsen’s Play Magnus Group. He accused them of doing irreparable damage to his reputation.

Cheating is a huge problem in the world of chess. Among other things, live tournaments were rare during the pandemic. Now, chess over the Internet is the norm. Playing unfairly in online events is even easier. Conventional countermeasures work rather poorly in the context of the World Wide Web. Consequently, clean play is more common on popular platforms.

Examples of Cheating In Chess

In 2010, the Chess Olympiad took place in Khanty-Mansiysk. Apparently, enticed by the valuable prizes, some of the French team’s members resorted to a cunning, but dishonorable approach. The central figure of the story was Sebastien Feller. He received assistance from his coach Arnaud Hauchard and their associate Cyril Marzolo.

The latter would send a text message to Hauchard specifying the move, converting it into a 10-digit code. Arnaud would then enter the room, and stand near the specified table. Indicated by a previously agreed upon letter and a number. That way, the player could determine the piece in question and where to move it. The swindlers were eventually exposed by Maxime Vachier-Lagrave and Romain Edouard.

Then, years of lengthy lawsuits followed. As a result, Feller got suspended from playing for 2 years and 9 months. Hauchard received a lifetime ban, preventing him from being a captain of any team. Marzolo’s punishment was a 5-year disqualification.

Grandmaster Gaioz Nigalidze opted for a far simpler strategy. He competed in Dubai in 2015. His opponent for the round in question was Tigran Petrosian. The Armenian had suspected his Georgian rival of cheating even before the game. Peculiarly, Gaioz picked a specific bathroom stall and would frequently visit it. During the game, the judges entered the bathroom and discovered an iPhone hidden behind the toilet. It contained an analysis of the game against Petrosian. Nigalidze was disqualified for 3 years.

A few years ago, Igors Rausis, a Czech grandmaster, impressed the chess community with rapid advancement through the rankings. Previously stuck at 2500, he was now getting close to the 2700 milestone. Curiously, Rausis was over 50 years old at the time.

Behind the scenes, many of his colleagues found such a leap forward suspicious for an older grandmaster. However, there was no evidence of foul play.

Rausis’ successful streak ended during the tournament in Strasbourg. The organizers decided to install cameras in the bathroom, which turned out to be the right call. The Czech maestro was using his phone to get hints from a computer. In the end, he got disqualified for 6 years and lost his grandmaster’s title.

In the aforementioned cases, the offenders were strong chess players who had been cultivating a certain reputation for years. Needless to say, the situation is even worse in the lower echelons! There are a lot more opportunities for foul play, while the possibility of getting caught is much lower.

The problem of cheating in chess has been a pressing issue for over 10 years. So far, it hasn’t been resolved, and it’s unclear whether it will ever be. Nevertheless, delayed broadcasts, security scanner gates, and prohibiting the public from being in the room are quite effective, albeit not a cure-all, preventive measures against cheaters.